Alpine skiing in Kazakhstan appeared in 1937 with participation of Austrian skiers Ivan Gruzis, Anton Weiss and Vitold Radal. They were the first to assess the potential of the local mountain slopes and began to ride from the top of Verigin Mountain (Kok-Tobe). After some time they started to share their experience and teach young people. Among their students were the hero pilot Sergey Luganskiy, the future skiing legend Yuriy Menzhulin, and the mountaineer Viktor Kolokolnikov. They became the founders of alpine skiing movement in Kazakhstan. In search of new spots for skiing, they explored the slopes not far from Almaty city. During one of the mountaineering routes on the back way to Talgar Pass, Viktor Kolokolnikov tried to ski down the slope of the mountain. He liked the slope and found it quite nice for riding. Very soon the first alpine skiing competitions were held in the area of Gorelnik gorge. At the first championship of the country (1950) in downhill skiing, Gai Severin from Almaty became the winner. In that generation of Kazakhstan athletes there were many winners of All-Union competitions and participants in international tournaments – Galina Gudkova, Petr Delver, Leonid Orekhov, Yuriy Kabin, Alexandr Savorovskiy, Vasiliy Dzhanbekov and many others. Their students worthy continued the work of their masters. Mansur Khusainov, Valeriy Semenov, Lyubov Kostromina and Tatiyana Omelchenko brought glory to the Kazakhstan school of alpine skiing.

The first participation in the Winter Olympic Games in Cortina d’Ampezzo (1956) as part of the USSR national team, was made by Alexandra Artemenko. Alexandra Artemenko in 1951 as a member of the Russian national team arrived in Almaty for her first USSR championship. She loved the region and its slopes. The coaches put her in the Leningrad Institute of Physical Education, but she decided to stay and went to Almaty Institute of Physical Education.

A year later, she became a medalist in the USSR championship, and in 1953 won it for the first time. Representing our republic, Alexandra became an 11-time champion of the Soviet Union, a 21-time winner of the USSR championships. In 1956, she participated in the VII Winter Olympic Games in Cortina d’Ampezzo as part of the USSR national team. From young ages, Artemenko was engaged in coaching and trained 11 national champions. She organized different kinds of physical training and competitions during the summer period. She was the first to introduce ski jumping into the practice of training alpine skiers. Eleven of her students became champions of the USSR. Until she was 82, she skied at Shymbulak every winter and worked as an instructor. Since 2001, competitions for the “A. I. Artemenko Prize” are held there. In 1961, an open tournament for the Silver Edelweiss prize was started at the Shymbulak. Both, ski enthusiasts and the strongest skiers of the Union took part in that competition. Representatives of Czechoslovakiya, Bulgaria and Poland also came to take part. Skiers competed in categories such as slalom, giant slalom and downhill, as well as triathlon. Almaty skiers often became the winners of the competitions. Slopes of Shymbulak ski resort were considered as one of the fastest and most difficult, the speed could reach 160-170 kilometers per hour. In 2000 slopes has been significantly changed and became more suitable for amateurs, then for sportsmen, which negatively affected its sporting characteristics.

Mountain resort “Shymbulak” is located in famous Small Almaty gorge of Trans-Ili Alatau mountains in Kok Ashyk tract at an altitude of 2260 meters above sea level, 30 minutes drive from center of Almaty. The resort was founded in 1954. Since mid-1950s, Shymbulak served as training base for Soviet skiers, the USSR and Kazakhstan championships were held on its slopes. Every year in the beginning of February skiers competed for “Alexandra Artemenko Prize”, 11-time champion of the USSR, master of sports, participant of the Olympic Games 1956.

During preparation for 2011 Winter Asian Games, much work was done for reconstruction of ski resort, freestyle park Quiksilver Chimba was opened, new cableway from Medeu sport complex to Shymbulak with 4.5 km length was built. In 2012, another cable car “Left Talgar” was launched, perfectly suitable for beginners. In February 2017, international sport event – the 28th World Winter Universiade happened and competitions in such disciplines as alpine skiing, freestyle skiing and snowboarding were held on the territory of resort. In 2013, the Russian “Forbes” included Shymbulak in the top ten visa-free ski resorts for Russians. On the ski slopes there is the system of snow cannons, which allow to start the season earlier and extend it until April, and sometimes even till May. Ski slopes of Shymbulak are certified by International Ski Federation (FIS) and its downhill and giant slalom tracks are listed among the top ten toughest trails in the world.

The average air temperature in summer is +20 C, in winter -7 C, snow pack is up to 150 cm, about 300 sunny days a year. Here everyone will find suitable slopes for themselves, from perfectly groomed slopes with different steepness gradient to unprepared black slopes with interesting terrain, bumps and drops. For those who want to try something new, a freestyle park is equipped on one of the slopes with various figures, jumps, rails and even airbags, park is opened during all season, where the local riders improving their skills and get to the new level of skiing and snowboarding.

For visitors pleasure resort offers wide range of services and entertainments: gondola cablecars, chairlifts, transport services, hotel, chalet, ski and snowboard school, ski equipment rental and repair center, sport gear shops, restaurants, bars, summer terraces, children’s playground, tubing, horse-riding, paragliding, entertainment and competitions for children. Shymbulak is one of the main sites of Almaty city, where everyone can find something special and enjoy the atmosphere, comfort and modest luxury of one of the best ski resorts in the CIS.

Built in 2006, Ak-Bulak Ski Resort is a quite young resort. But because of its popularity it has become one of the most attractive sights of Almaty. There are all conditions for comfortable and fun rest. There are 4 ski-lifts on it’s territory. The main advantage of the resort is that it is located in a surprisingly beautiful place, in the heart of Soldier Gorge. The resort has great opportunities for off-piste skiing, the highest slopes, where goes Talgar-2 cable car are not prepared with special equipment, due to the steep slope, there are not many people, who want to ride there. It gives the absence of queues, even on a weekend or on holiday. Due to its good location, Ak Bulak has excellent weather during the whole winter season. The average temperature in December ranges within -7 degrees Celsius. Ski season lasts from mid-November to the end of March. In November, the temperature is set to -4 degrees Celsius. January and February are the coldest months, because at this time of the year the temperature can drop to -12 degrees. By March, weather conditions are stabilizing, and the temperature rises to -3 degrees Celsius.

Compared to the famous Shymbulak resort, there are moderate prices, fewer people and more opportunities for off-piste skiing.

Elik-Sai Family Ski Center is a freerider’s dream! It is located 40 km away from Almaty not far from Beskaynar settlement on the territory of Ile-Alatau National Park in the nearby gorge with “Alma-tau” tourist resort at an altitude of about 1900 meters a.s.l. The center was opened in 2003 and almost immediately became very popular among the local fans of freeride.

It all started with house construction – an instructor’s room and equipment warehouse, at “Elik-Sai” it is called “Teremok” (kind of old-Russin fairy-tale wooden house). This house, like all subsequent structures at the base, Anatoliy Ivanovich (legendary person in Kazakhstan community of skiers and snowboarders and founder of the ski base) and his sons built themselves. In the same year, a drag cable car was built. In 2005, another building was appeared – the “Ship”. Anatoly’s old dream was to build his own ship. He spied on the idea back in the Soviet period while traveling to the United States. There, in an amusement park, he saw a model of a ship, which he later brought to life in Almaty. The Ship became not only a hotel for riders in winter, but also a children’s scout camp in summer time.

The peculiarity of this base is its authenticity and simplicity, wonderful relief in the forest zone, variety of ungroomed slopes with steep gradient, as well as abundance of snow and successful exposition of the slopes. Here you will not find expensive cafes, chair lifts and luxury hotels, but this is the highlight. On the base there are 4 rope drag lifts with the hook type of the Soviet times, capable of pulling to the height of 2400 m a.s.l., from where it is easy to reach the top of Bukreev peak (3010 m a.s.l.), located in the upper reaches of the gorge The base is also famous for the amusing names of some slopes, such as “vegetable garden”, “bottle” or “bathhouse”. 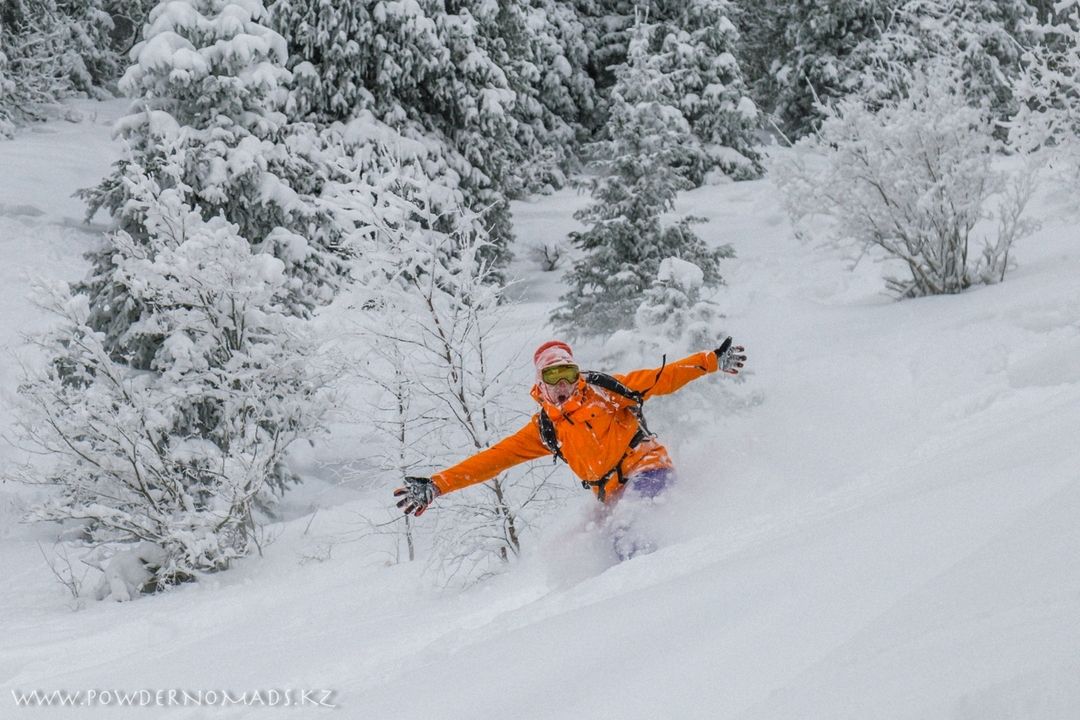 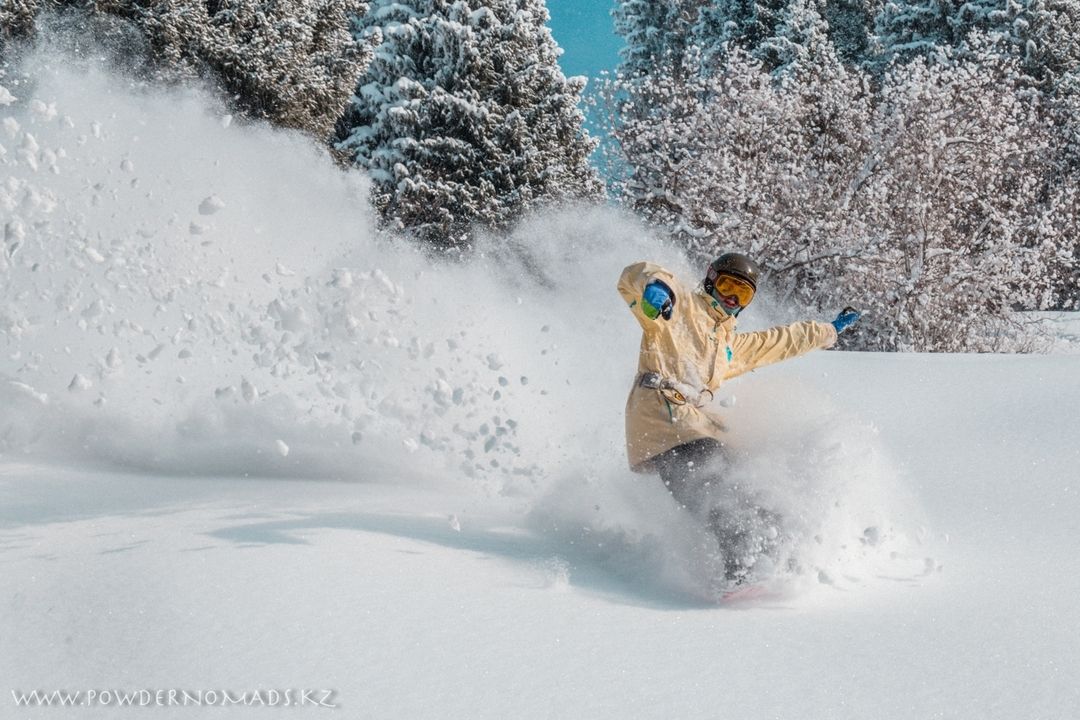 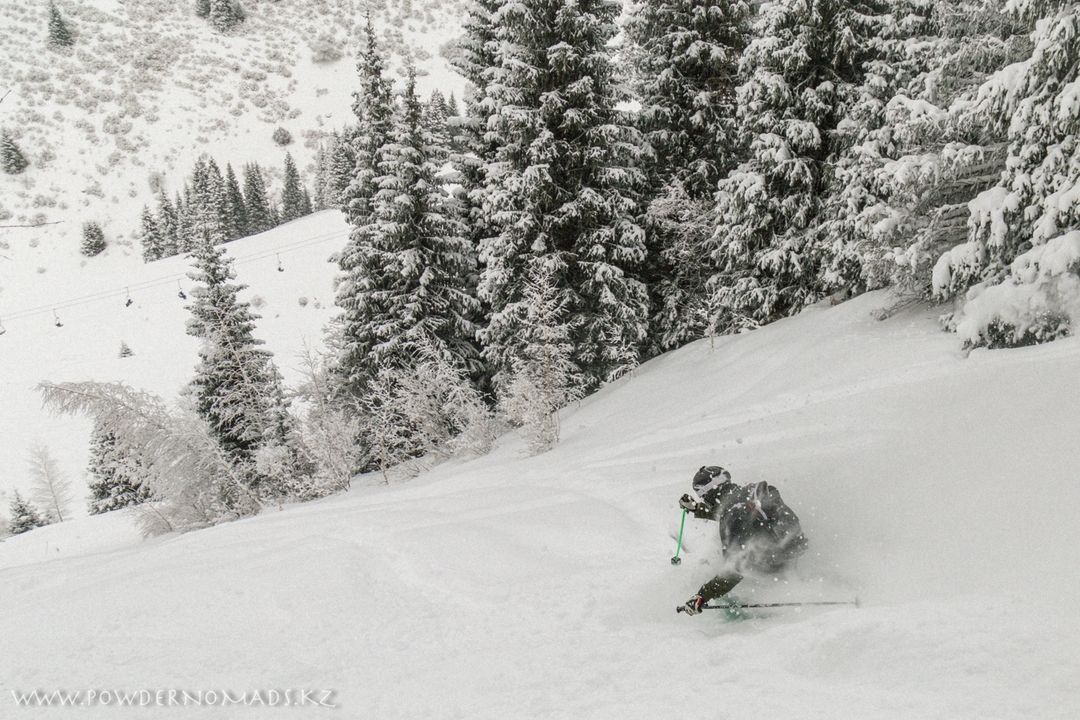 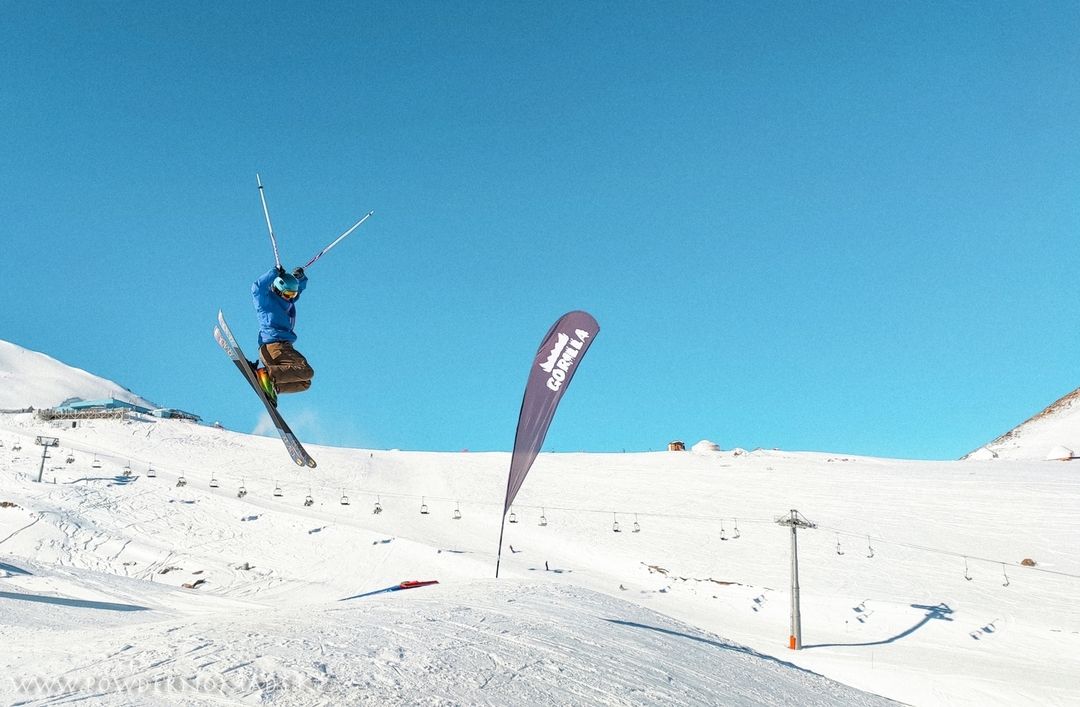 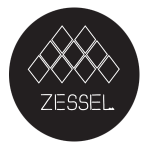